90 years of the Micheline: 9 facts you may not know

In the 1930s, André Michelin, co-founder with his brother of the company Michelin & Cie, had a dream of improving the comfort of passenger trains. After much experimentation, he developed a special tyre capable of running on the reduced surface of a rail, crossing switches and withstanding the load of railway vehicles. The invention of the pneurail led to the first Micheline, a light and fast railcar developed by the Michelin company.

Although the term "micheline" has become part of everyday language in France, the real Micheline hides secrets that you probably don't know.

There are more than 50 types of "Micheline". Although the first four prototypes did not leave the Michelin company's sheds, the fifth was presented to the railway companies with great fanfare in 1931. Covering the distance between Deauville and Paris Saint-Lazare at an average speed of 107 km/h with peaks of 130 km/h, its high speed ensured wide publicity for the process. 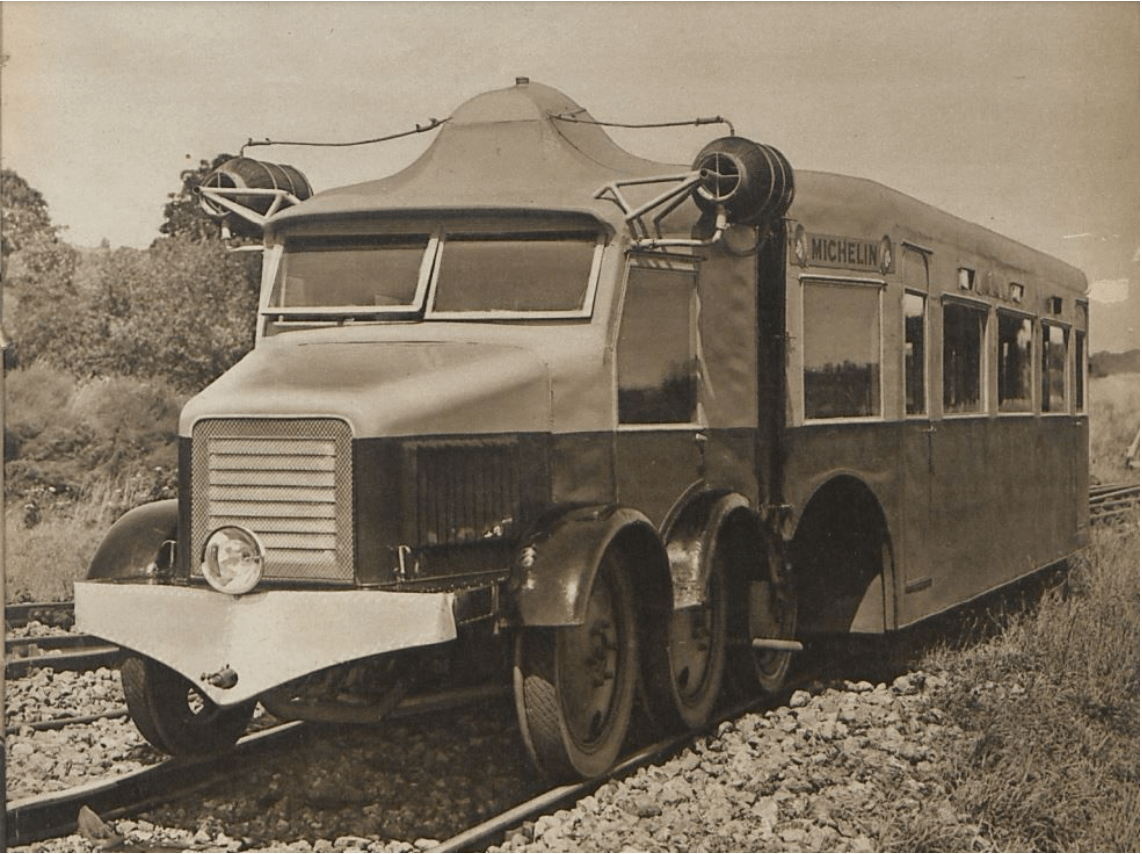 The railcars continued to evolve and to accommodate more and more passengers. "Michelines", adapted for narrow gauge (Types 51 and 52), were also put into service in colonial networks in Africa, Vietnam and Madagascar.

2. A combination of a car and an aeroplane

Compared to steel wheels, the "pneurail" offers increased grip and comfort but at the cost of a limited axle load. To overcome this limitation, the Micheline was fitted with a large number of wheels, and borrowed techniques from aeronautics to lighten its weight. The Type 5 is made of Duralumin, an extremely light but very strong aluminium alloy, with a total empty weight of 4.2 tonnes.

Inflated to 5 kg/cm2 , the first tyres could support a load of 700 kg per wheel. The grip of this type of tyre was three times greater than the contact between a conventional wheel and the rail. To ensure this grip, a low-pressure warning device was placed on the driver's dashboard. In the event of a complete deflation of the tyre, a safety device prevented the wheel from sagging more than 8 mm. 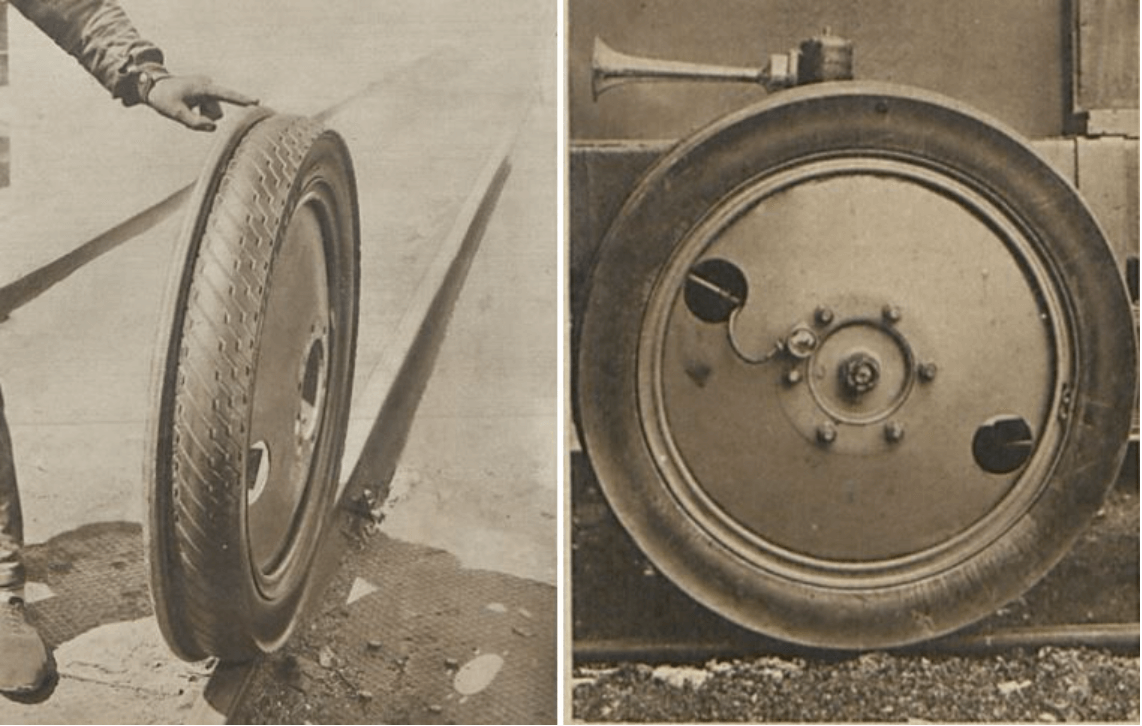 The Micheline impresses with its technical performance far superior to that of a steam train:

Despite their performance, these railcars had a very short career. In France, the Type 5s were withdrawn from circulation at the start of hostilities in 1939, and converted after the war into trailers. The rail coaches were quickly replaced by larger, more rail-like michelin coaches. Type 23s continued to operate in France until 1952.

Type 11 railcars have a major disadvantage: a single direction of travel, which requires the vehicle to be turned around each time the direction is changed. To overcome this problem, these railcars are converted to reversible driving. The truck-like front cab is replaced on the Type 16 michelin by a raised cab. A reversing gear is also added to allow shifting in both directions.

8. There are still 2 michelines in circulation

Currently, two Type 51s remain in Madagascar, where a tourist "micheline" service is still in operation. A type 22 michelin with 56 seats is on display at the "Cité du train" in Mulhouse.

Several "michelines" have been reproduced in HO scale (1:87) for model railroad enthusiasts:

This email address is being protected from spambots. You need JavaScript enabled to view it. | Legal notices | Partners

This email address is being protected from spambots. You need JavaScript enabled to view it. | Legal notices | Partners